Don’t tell him I told you.

He doesn’t really know it, but he’s a genius. We joke about it all the time but seriously, he’s brilliant in more ways than I can ever express. I can’t express the ways because the truth is, I can’t even understand them. He’s so incredibly smart. He can break the most complicated problems down into the most comprehensible pieces and process anything, everything. He’s amazing.

He sees the world through logical eyes, but possesses the creativity of an artistic genius. He tells me that’s “normal” for people with advanced mathematical skills. He’s modest. I sit and think, “It’s totally unfair that you excel in stats and can sketch anything in the world so beautifully.” From memory he can recreate faces on paper, draw and paint works of art. Sculpt. He can create a tiny pegasus from a few square inches of origami paper. He is magic.

He can build a computer from scratch, and create programs to calculate all those bizarre problems we normal people cannot even fathom. He can design a website, a logo, a business plan, an insurance plan, a life plan. He can work through statistical problems that stump his seniors, and sit down and explain them to someone as ignorant as I. He sees words and clarity in places and numbers where I see only confusion.

He can take captivating photos, write beautiful words, solve the most difficult puzzles and befriend anyone. He’s friendly and inviting and giving and generous. He’s witty, he’s funny and self-deprecating in the most wonderful way. He knows everything there is to know about every vehicle ever made, how they work and why they were made that way. He wants to know how everything works and when he learns about things, he remembers. He absorbs.

He can read and play music, create stories from nothing, and recall each and every moment of every movie he’s ever watched as though he wrote the script himself. He is nurturing, supportive and giving of his time. He is a father in the most tender, wonderful sense of the word.

He’s compassionate and kind and always finds the nugget of goodness in everyone. Really. He gives the opportunity to be oneself, but encourages something more, something better. He’s happy-go-lucky and unconditionally loves. He is completely, ridiculously, unabashedly goofy. He possesses a quick, sharp wit. He makes me laugh till I cannot breathe.

He is the cliché: absolutely beautiful inside and out. He’s my very best friend, he’s my husband.

It’s our 6th wedding anniversary this week (though we’ve actually been together more than 13 years) and if you promise not to tell him, I’ll let you in on a little secret:

I’m the luckiest person in the world to be able to share this life with him. 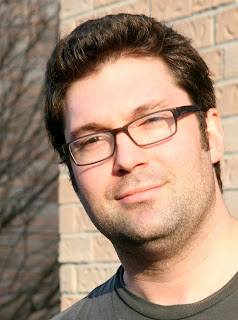 December 30, 2020 Update: I finally had PC Financial go after the resort via a transaction dispute. And this month,..

Ahh, sometimes I miss my smug married life. I’d been married for 11 years, to the person I thought was..

Here’s the thing, my friends: forgiveness is overrated. We are told constantly that in order to move beyond hurt, we..