The internet’s crazy, yo

Once, I dated this really geeky guy who knew all about everything tech-related before pretty much anyone else, and he introduced me to all kinds of awesome portals into the unknown. That unknown is now most of our everyday lives: the internet. (I’m smart enough that I married that geek, by the way.)

Anyhow, in the 16 years I’ve been stumbling rather aimlessly around the internet, some pretty crazy stuff has happened, and when I think about it, it blows my mind that pretty much none of this could’ve happened pre-internet.

Think about all the things that’ve happened to you thanks to the ‘net. You’re reading this, and maybe we know one another in person now. Maybe we met via Twitter, or a Facebook group. Maybe you met your partner online, or found your dream job online. Maybe you’ve had amazing opportunities, or met friends, or won prizes… it’s a crazy world online, isn’t it? Here are just some of the things that’ve happened to me thanks to the internet:

– Once (like ten years ago), someone secretly snapped photos of Ryan and I when we were on a trip to Boston, then posted them on their blog as a sighting of me. (I fear that was my 5 minutes of fame.)

– I was on a U.S. radio show discussing a blog post about cheap ways to stay cool in the summer. I have no idea how they came across my post, but now all their listeners know exactly how we Canadians say, “out”.

– I have friends from around the globe thanks to the past 12 years of blogging, and I’ve met quite a few, too, despite traveling almost nowhere.

– When Tassimo machines were all the rage, I won one by, I dunno, just existing on Twitter or something. And I’ve won tons of other fun things, too!

– I had death threats in my former blogger life.

– I managed to track down my birth family with a few shots in the online darkness (and some help from a friend I also met online), then discovered that I have mutual friends with one of my full siblings and blood cousins.

– I built a business online and had my products in stores across Canada and the U.S.

– Thanks to Facebook I’ve managed to track down everyone I’ve ever wanted to catch up with (or, you know, spy on) and see how their lives are going.

– I finally became a paid writer thanks to connections I’ve made online.

– I was stalked online in 1995. That was my first experience with how deceptive people can be online, and how important it is to take precautions.

– I’ve seen just how horrible people can be to one another, and how distorted facts can get, all because nothing is done face-to-face. That’s the downside.

– I have random invitations to fun events just because I write a blog.

– I’ve seen the world come together to do magically wonderful things for other people they’d never have even known without the internet.

It’s really humbling to think about all the amazing things that happen thanks to the internet. And really crazy to think of all the whacky stuff that happens here, too.

How has your life changed because of it? 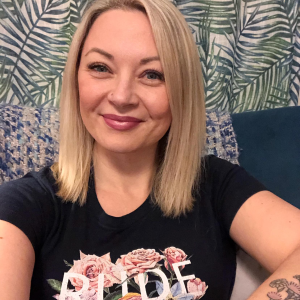 7 thoughts on “The internet’s crazy, yo”